Looks like Overlook is moving from HBO Max to Netflix.

HBO Max has opted not to proceed with Overlook, the drama project from J.J. Abrams’ Bad Robot Prods. inspired by Stephen King’s The Shining. The company and studio Warner Bros. Television are currently shopping the show, which is expected to land at a new home soon, with Netflix a likely destination, I hear. Reps for Bad Robot, WBTV and Netflix declined comment.

Read more over at Deadline. 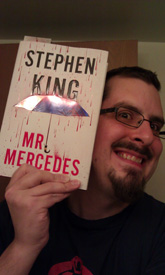