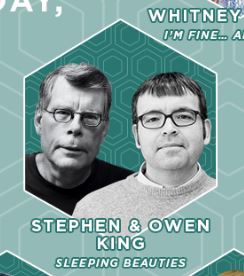 The second book is also a collaboration. This time King has collaborated with his son Owen and together they have written Sleeping Beauties that will be released in October 2017. And even though it’s “only” 8 months until the book is out we don’t know much about it.

The idea, a story about what would happen if all the women in the world fell asleep, came from Owen and it took King and Owen over two years to write the book. So far King has read two excerpts from it (they are NOT online though). One from a man’s point of view, and one from the point of a view from a female character, who is existing in another dimension.

The official synapse is:

What would happen if all the women abandoned the world? A wildly provocative novel of supernatural suspense, SLEEPING BEAUTIES is the first father/son collaboration between Stephen King and Owen King. 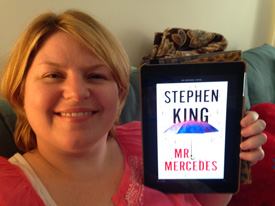