ABC has dropped The Talisman

Creature Corner reports that ABC has dropped the miniseries version of The Talisman. Here is what they says:


With the success of ‘The Black House’ novel, the latest collaboration from Stephen King and Peter Straub – and sequel to ‘The Talisman’, you’d think that the ABC miniseries adaptation of ‘The Talisman’ would be going full steam ahead without a hitch. Right?

After lingering in development hell for years, it seems ‘The Talisman’ has been stopped at the gates yet again. The Creature Corner learned today that ABC has dropped the Mick Garris-directed miniseries which would have become the network’s third King project in the works after ‘Rose Red’ (which airs in ’02) and King’s ‘The Kingdom’ remake (presumably due in ’03). “This does not mean that there will be no ‘Talisman’. There are other potential homes,” says Garris. “and a theatrical version is not out of the question.”

‘The Talisman’ chronicled the adventures of young Jack Sawyer, a boy forced to cross into another dimension to save his mother. With the help of Wolf, Jack took on many strange beasties while trekking across a bizarre land. No doubt ‘The Talisman’ would have been epic television. The Kennedy-Marshall team was set to produce. Mick’s screenplay adaptation was well-received. What went wrong? Most likely money issues, perhaps on the network’s end, but who really knows? This business is strange. 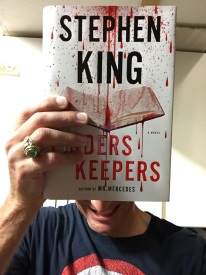