It's now confirmed that will be the fourth known episode in Nightmares and Dreamscapes:


Nightmares and Dreamscapes is going to be a series that will be airing on the TNT network. This series is based off the book by Stephen King and is sure to be a hit. The series is planned to run starting sometime in 2006 with the first episode being called "You know that got a Hell of a Band". In this series you will see some merchandise that was purchased from us. This includes a Crosley select o matic and a reproduction old time telephone. We here at BarsandBooths.com are big Stephen King fans and look forward to seeing our merchandise in this series. Thanks for choosing us for you retro needs! 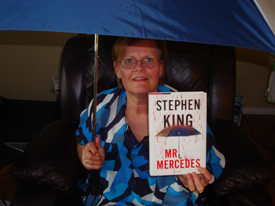