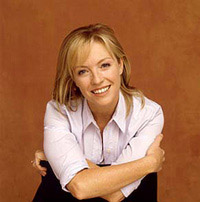 Rebecca Gibney doesn’t exactly have “Salem’s Lot” in big, black, bold letters on her resume – does anyone? - so it is a bolt from the blue to hear she’s on-board another Stephen King series. But work’s work, right?

The gorgeous Gibney, best known for her role in the Aussie series’ and telemovies’ “The Flying Doctors”, “Come in Spinner” and “Halifax F.P”, has joined the cast of the eight-part telemovie series “Nightmares and Dreamscapes” co-starring Harold Hopkins, William H.Macy, Sigrid Thornton, Jacqueline McKenzie, Jeremy Sisto, Andy Anderson and Henry Thomas. The series films here in Melbourne until Feb 2006.

Gibney will also be seen in the new film “Lost and Found”, about an Award-winning architect that’s facing a glittering future as long as he can come to terms with his traumatic past. Brett Climo co-stars.

Thanks to Moviehole.
Read all Nightmares & Dreamscapes news
To the news archive 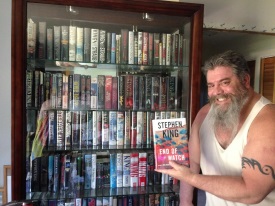