Remake of Children of the Corn?

Here are some news about a remake of Children of the Corn from Moviehole.net:


Dimension has been trying to get the “Children of the Corn” back in the summery fields – and theaters – for forever and a day. Finally, It looks like the lil’ blonde bastards may be returning to work.

A few years back, screenwriter Joe Harris (“The Tripper”) was attached to pen a new sequel to the George Goldsmith-penned original… but the plan fell through like a president’s promises.

Now, according to IESB, the plan is to remake the first film - which starred a pre-Terminator Linda Hamilton - with “Saw 3” helmer Darren Lynn Bousman attached to direct. Though the studio, or Bousman’s reps, won’t confirm the news… it sounds like the report is as solid as frozen yogurt.

I haven’t seen the original film in years – maybe a decade – but I did recently pick up a copy of the film for about $2 at a video store closing down sale. I really should give it a look again. From memory, it wasn’t a bad film.

Based on the short story by Stephen King, “Corn” told of a boy preacher named Isaac who goes to a town in Nebraska called Gatlin and gets all the children to murder every adult in town.

Ya know what? For once, I think I’d rather a straight-up remake here… rather than just another sequel. The “Children of the Corn” sequels they were churning out (most of them, direct-to-video) were just bullshit. Near unwatchable. The original film is getting a bit long in the tooth too, so it could probably do with a make-over. Heck, if I don’t remember it that well… then chances are everyone under the age of say, 30, doesn’t remember it at all. 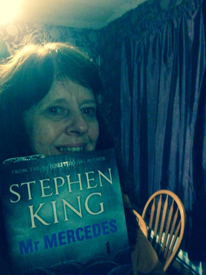