According to this interview with Collider from March 2022 with David Duchovny the Pet Sematary prequel is filmed.

Is there anything else that you're working on right now, that you can talk about?

DUCHOVNY: I just finished a movie called The Estate, with Toni Collette, Anna Faris, Rosemarie DeWitt, and Ron Livingston. I think it's really funny. And Keyla Monterroso, who was in Curb Your Enthusiasm. It's just terrific. Pet Sematary, I did that, it's like the prequel to all the Pet Sematary movies, and written and directed by a really talented young woman named Lindsey Beer, who I think is going to be a force to be reckoned with. So I think that's going to turn out really well.

Can I ask who you played in that, in Pet Sematary?

DUCHOVNY: I play Bill Baterman, the father of a young man that... I'm like the instigator of the whole damn thing. But at the heart of that story, for whatever iterations it's gone through, and for whatever horror Stephen King does, really, it's a story about parental love and mourning. And I can really relate to the themes underneath it, so I was happy to play that. 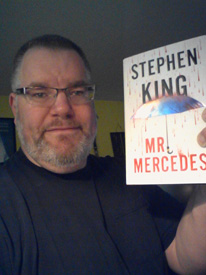