Greg Yaitanes, who directed the episode The Queen for season 1 of Castle Rock is back for season 2, now in production. Yaitanes is directing the premiere and one more episode.

“We wanted to evolve the look on a visual level, and move [more] and be with characters more,” Yaitanes told the Indiewire. “One of the things that worked well with ‘The Queen’ was point of view. That episode had a strong point of view of character, so [we’re] bringing that into Annie’s story and giving the show […] more urgency this year, more tension. We’re taking the things that worked well in Season 1 and taking them up a level. We’re seeing more of Castle Rock than we did last year. It’s set back in the town. We’re going back to familiar places, and new places the story didn’t touch on.”

No premier date has been set yet. 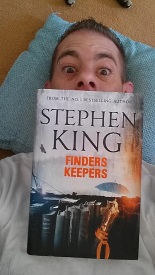