The Talisman Has Found It’s Director

Collider reports the The Talisman has found it’s director:

Collider has exclusively learned that Mike Barker, who has directed numerous episodes of Hulu’s Emmy-winning series The Handmaid’s Tale, is set to direct a big-screen adaptation of King and Peter Straub‘s bestselling 1984 fantasy novel The Talisman for Steven Spielberg‘s Amblin Partners and The Kennedy/Marshall Company.

Frank Marshall will produce on behalf of Kennedy/Marshall, while former Amblin CEO Michael Wright will serve as an executive producer on The Talisman, which will be adapted by veteran genre scribe Chris Sparling (Buried). 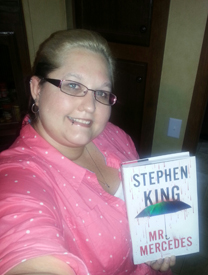