The opera version of Dolores Claiborne will be performed in February.

Picker notes, “Dolores Claiborne is a character destined for the operatic stage – passionate, desperate, trapped. She will do anything to save the daughter who despises her. Pushed to the extreme edge of life, she does what she has to, fearless and forsaken.”

Based on the best-selling novel by Stephen King, DOLORES CLAIBORNE was hailed in its premiere production at the SAN FRANCISCO OPERA as “A BRILLIANT MUSICAL INCARNATION” and “A MOMENTOUS ADDITION TO THE EXPANDING CANON OF AMERICAN OPERA” (Huffington Post). The new chamber version was jointly commissioned by New York City Opera and the Opera Institute at Boston University. 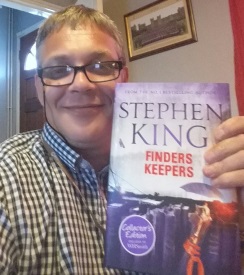