Some very good news about the upcoming Dark Tower Comic where released today. It seams the title of the first set will be Dark Tower: Gunslinger Born. Here is the full report:


Panels from Stephen King's "Dark Tower" series were shown to an enthusiastic group of retailers during the conference. The full series name is "Dark Tower: Gunslinger Born" and the series will play a significant role in Marvel's new reader outreach programs. Fans worried about delays on this series shouldn't, as EiC Joe Quesada revealed Saturday during the Baltimore Comic-Con that series artist Jae Lee is already hard at work on the fifth issue of the series. The first issue ships February, 2007.

Thanks to Ari.
Read all The Dark Tower Comic news
To the news archive 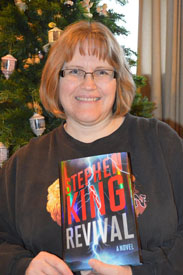