King and Grisham on September 24

King and Grisham is planning a reading:

King, a Maine resident who wrote "Carrie," "Misery" and "The Green Mile" among other novels, short stories and nonfiction books, and Albemarle County's own Grisham, author of 18 novels including "The Firm" and other legal thrillers, plan to read from their works at the 7 p.m. event at the 1,000-seat Paramount Theater in Charlottesville, VA.

"It will be a lot of fun," Grisham said of the event at which Webb will speak and also read from some of his works. Grisham said he will talk for a few minutes about the campaign and politics before reading from his new nonfiction book, "An Innocent Man," due out in October.

Webb is challenging U.S. Sen. George Allen, R-Va., in the November election. thingy
Wadhams, Allen's campaign manager, disparaged the Webb event, saying, "Since his whole campaign is based on fiction, having two fellow fiction novelists campaign for him is not a surprise."

Thanks to Bev Vincent.
To the news archive 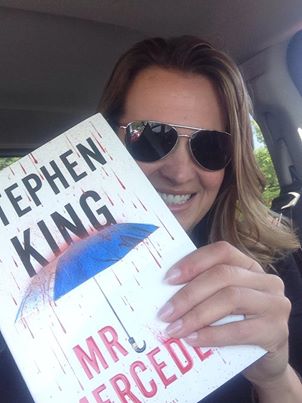