Here is an article about a new stage adaptation of Carrie:


It's not exactly what you'd call a charmed title.

In 1988, a musical named Carrie, based of the famous horror novel by Stephen King, opened on Broadway to appalling reviews and closed three days later.

Undaunted, Theatre Couture and its leader Eric Jackson have created another stage piece based on the work. Called Carrie: A Period Piece, it will bow Off-Broadway at P.S. 122 on Dec. 6 and run through Dec. 30.

"Carrie," one of King's best known and most enduring works, is about the vengeful adventures of an ostracized teenage girl, tormented at school and at home, who finds she has telekinetic powers. As anyone with even a passing interest in Broadway's most infamous fiascos knows, the novel was transformed by composer Michael Gore, lyricist Dean Pitchford and librettist Lawrence D. Cohen into a musical. The show, directed by Terry Hands, starred Linzi Hateley as Carrie and Betty Buckley as her religious fanatic mother. The title has since become something of a catchword for "flop."

"It will definitely be very black comedy," Eric Jackson previously told Playbill.com. "But that's inherent in the novel. It's a very serious take on the pressures and pain of adolescence. But 'Carrie' is also so well known in our culture; we all know the story. Everybody feels it's their story. Because of that collective unconscious, there's a way to have fun with the story. There will be comedy and camp, and some horror, and maybe a little blood."

Somewhat incredibly, Jackson's first wish was to restage the Broadway musical. However, he found the creative team less than excited about the idea. "We talked to them at one point," said Jackson. "We had a meeting. But they are interested in having that production vindicated. They don't want someone to make fun of it. We wanted to celebrate it, but also lampoon it."

Thus rejected, Jackson, taking a different tack, decided to adapt King's novel from scratch. He began by writing the author's lawyer. "We got an immediate response back," he recalled. "He wrote, 'Are you out of your mind?' But, at the bottom of the letter, I noticed the lawyer had cc'd Stephen King."

Rebuffed a second time, Jackson was ready to abandon "Carrie."

"I had given up," he said. "I was angry that they hadn't read my letter more closely. I was done."

Then two weeks after the initial correspondence, Jackson received a second letter from King's lawyer, saying "King had asked him to pursue the matter."

Jackson quickly pounded out an exuberant six-page letter to King, explaining why he wanted to adapt "Carrie" and the approach the theatre company would take to the material, mailing it off with a stash of Theatre Couture clippings. Finally, King's lawyer replied, granting the troupe the rights to the book. "I just flipped," said Jackson.

Thanks to Rocky Wood and Bev Vincent
To the news archive 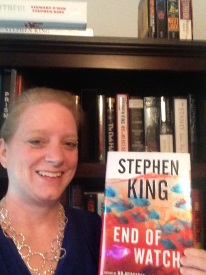