George Clooney in Pet Sematary...or not?

Yesterday Bloody Disgusting reported that George Clooney is in talks to play a role in Paramount Pictures' remake of Pet Sematary. They didn’t know how big of a role he would have though. The script for the remake is written by Dave Kajganich, Mike Werb and Michael Colleary.

Today though they had the following to report:


Although our source was very secure (and double checked), George Clooney's publicist tells us that he will not be in Paramount's remake of Pet Sematary. We're going to look further into this story as it appears that they are beginning to cast the film.

Read all Pet Sematary news
To the news archive 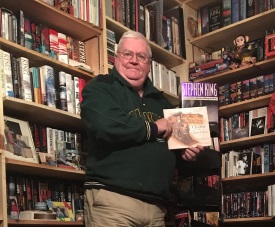