Trivia: Is This Scary Became Ghost

Here are some interesting trivia. Most of you are familiar with the King/Michael Jackson music video Ghosts but did you know it was originally meant as a promo for the movie Adams Family Values?

Turns out the original title was Is This Scary and meant to be a short promo for the then upcoming Addams Family Values movie. The unfinished and unreleased version even had the Addams Family kids in it. Production began in 1993 with Mick Garris directing and rewriting the script. Then the allegations against Jackson happened and the project was shelved. In 1996, it was rewritten again and expanded and given the final title, Ghosts. The original version that King supposedly wrote has surfaced online...misspelled Is It Scary, since the real title was Is This Scary. Check it out here.

Here are some outtakes from the Ghost version.

And here is the full Ghost version.

Thanks to Peter Hansen 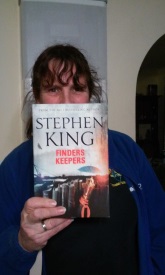