So, with this Desperation Week has officially ended. I want to thank all of you that participated either by entering the contest, sending in comments, donating prizes, giving interviews for making it a success. Maybe there will be another week that is dedicated to something special later on as well.

With that said, here is the answers to the last two questions.

Thursday:
Question: The 1st Japanese edition of Carrie was copyrighted in what year?
Answer: 1975

Friday:
Question: What does it say on the note on which the Can Tah stands when Steve (Steven Weber) and Cynthia (Kelly Overton) is caught under it’s spell (you don’t have to include the name of the person who has signed the note)?
Answer: Hey Jim! What the hell is this? Any idea?

And…the winner of the authentic Can Tah from the movie is Anrie van Dyk from The Netherlands, congratulations! 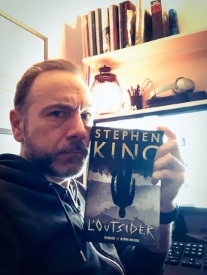