Nikolaj Arcel to The Dark Tower?

Deadline reports that Nikolaj Arcel is the choice to direct The Dark Tower.


EXCLUSIVE: Nikolaj Arcel is the choice to direct The Dark Tower, the Stephen King novel series set in a world woven with magic and revolving around the gunslinger Roland Deschain. I’ve heard talks will begin shortly toward a deal that will have him overseeing a rewrite and directing the film. Sony Pictures Entertainment signed on earlier this year to co-finance the franchise with Media Rights Capital — it gives new topper Tom Rothman a strong franchise play — and now it looks like they’re near to naming the helmer who’ll bring this massively ambitious project to life. 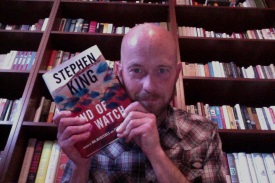