Here is an interesting article about King. When asked what frightens him he says without hesitation:


"Alzheimer's. My brain is my main tool and I don't want to lose it if I can."

"It's harder than it used to be. I don't think I have as much to say as I used to, so I write less. It's still what I'm good at and what I like to do and it still makes me happy." 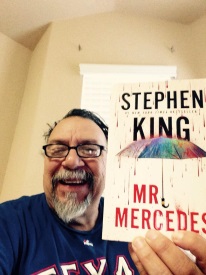