The twins from Shining all grown up

"Hello, Danny. Come play with us." Who can forget two of the most terrifying hall dwellers ever to appear in a horror flick? Lisa and Louise Burns, the identical twins who played the terrifying Grady sisters in Stanley Kubrick's film "The Shining," made a rare public appearance recently in London during a screening of "Dr. Strangelove" at the British Film Institute, 34 years after their big-screen debut.

The siblings were just 12 years old when they terrified moviegoers in 1980, but today the 46-year-old sisters lead a rather normal life. And while they still look frighteningly similar, they barely resemble the creepy handholding sisters who lurked around the Overlook Hotel. "The Shining" was their final film. Lisa went on to study literature, and Louise became a microbiologist.

Today the twins are active on social media and make regular appearances at horror conventions. Check out the vid to see what the Grady sisters look like nowadays, and be sure to tune in to "The Insider" on TV tonight for the latest in entertainment news. 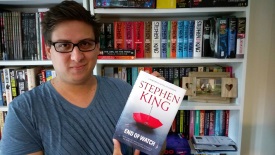