Under the Dome back in June

zap2it reports from the 2014 TCA press tour where news about season 2 of Under the Dome was released:


CBS showed off a Season 2 teaser for "Under the Dome" at the 2014 TCA press tour panel on Wednesday (Jan. 15) and wow, is there some crazy stuff coming your way, "Dome" fans.

Book author Stephen King is writing the first episode of Season 2, which executive producer Bryan K. Vaughn says is going to be a huge asset.

"The second season is going to take us places the book never go to go, he's bringing his own twists and turns," says Vaughn. "Stephen King gave us ideas we've never imagined. What's outside [the dome] comes inside."

The second season is going to explore the major question that was introduced in the Season 1 finale: The dome is there to protect them, but protect them from what?

In doing so, the show will introduce a new character in the form of Junior's uncle, who has been hiding out for reasons that will be revealed eventually and who will "cause problems for Barbie." Isn't that the Rennie family motto?

Another new character will be a young schoolteacher who is "quite forceful" and who will cause some major heat for Big Jim Rennie (Dean Norris).

Speaking of heat for Big Jim, there was footage of him kissing Linda Esquivel (Natalie Martinez) in the teaser trailer, which ... ew. Maybe that's just a dream he's having? Please?

Finally, death is coming to "Under the Dome." Two fan-favorites won't survive the first episode of Season 2 and EP Neal Baer promises, "No one is safe in this town." 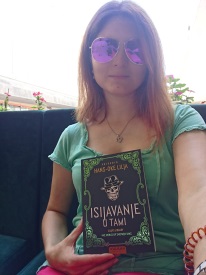