Daily Dead reports that The Shining documentary Room 237 will be released on DVD on September 24.


IFC Films has been making a number of Blu-ray and DVD release announcements recently and revealed that Room 237 will be available in September. The Shining documentary is already available on VOD services, but will make its way to Blu-ray/DVD on September 24th, according to Blu-ray.com. No bonus features have been announced at this time, but it’s looking like a bare bones release. 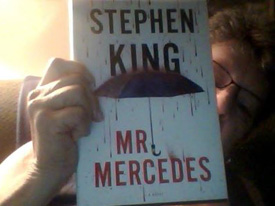