Production of Nightmares and Dreamscapes has ended

Production of Nightmares and Dreamscapes has officially ended on all eight episodes, and editing for the eighth episode Autopsy Room Four began Monday...all eight episodes are still going through the three month post production process.

Battleground has been given the "no commercial" nod from TNT, so that episode will be commercial free along with Umney’s Last Case. 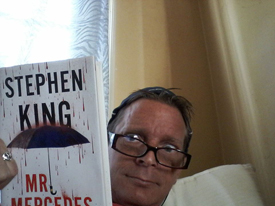