Amazon announces streaming deal for Under the Dome

Looks like Amazon will make episodes of Under the Dome available just days after the series makes its debut on TV in June.


The latest example came on Monday, when Amazon announced an unusual arrangement with CBS, the country’s most-watched television network, to carry episodes of “Under the Dome” just days after the series makes its debut on TV in June.

“This deal is yet another sign that the streaming marketplace is becoming more and more robust,” said Scott Koondel, the chief content licensing officer for CBS, a position that was created two months ago. “Advances in user-friendly technology from companies like Amazon and Netflix are a boon for premium content owners.”

What do you think? Will you watch Under the Dome on Amazon? 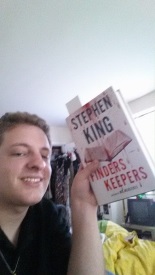