However, The Walking Dead News keeps growing each day (some days it even has more visitors than Lilja’s Library) and more and more people are finding it, enjoying it and returning to it, which is fun. Because of this though I’m doing some changes. This is the first of them.

In order to separate the news I have created a new twitter account just for The Walking Dead News and you can follow it at @TWDNs. For the time being the Walking Dead news will be posted in both twitter accounts but the plan is to eventually separate the two. My hope is off course that you will be following both accounts but if you only like one of them you will soon be able to just get the news you want.

Any help with spreading the @TWDNs account is appreciated!

Thanks for the attention! / Lilja 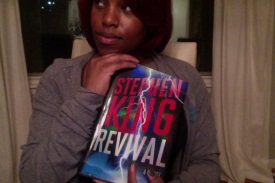