The Reach heads to Cannes

King's The Reach is being turned into a movie:


Buyers at the festival will get a chance to hear more about the plans to bring King's story to the big screen as the project will make its market debut at the Marche du Film.

LONDON – A movie based on the story author Stephen King says that he would "most like to be remembered for after his death" will make its market debut in the Marche du Film in Cannes.

British sales, production and finance banner Park Entertainment is bringing King's The Reach to market for the first time. It will be produced by Grayson Ross and Jodi Hansell for DownEast Village Productions.

Budgeted in the $12 million-$14 million range, the story's title refers to the 1.5 mile stretch of water between Goat Island and the Maine coastline. The book details the story of a 95-year-old lady who embarks on a troubled journey to the mainland from the island after the Reach freezes over for the first time in 50 years.

It is currently out to directors and talent agents and is tipped to pick up heat at the market in Cannes. 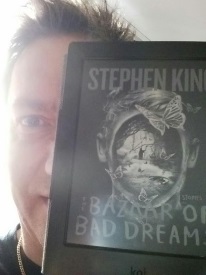