Brian Grazer says Dark Tower is gonna get made


We spoke to Brian Grazer during the “Tower Heist” press rounds today, and while we could only score a few moments with the prolific producer, he did inform us that the budget has been shaved way back, possibly to the project’s benefit. “We found a way to cut out $45 million out of the budget without changing the scope and actually giving it a good ending,” Grazer said, suggesting a heavily re-worked approach. “In the $140 million draft, the ending wasn’t quite as satisfying. Now, we’ve got $45 million, $50 million out of the way and a really satisfying ending. It’s gonna get made.”

Read more here.
Read all The Dark Tower news
To the news archive 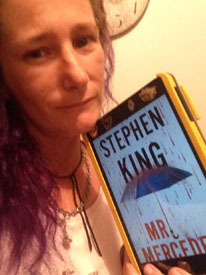