News about season 3 of Haven

We all know that Haven has been revewed for a third season and during the New York Comic Con some interesting facts where released. Watch out for some spoilers though.


- Re: The Troubled. Remember the Chameleon from Season 1, Episode 9? The writers say: "We're not done with that one." Might the shapeshifter reappear in the next season? Has one been around this entire time?

- Re: Dwight: The writers were blown away with Adam Copeland's performance, both in auditions and on the actual show. They're aware that Dwight is a fan favorite and they're eager to work with him again--but at the time of the panel, they'd heard about the season 3 renewal some 24 hours prior.

- Re: Nathan's tattoo! This is a potential spoiler, but Lucas Bryant explained that when Nathan got the tattoo we saw in the Season 2 finale... he felt it. I wasn't sure how seriously to take this (Lucas Bryant is a jokester par excellence) but Eric Balfour seemed to think it was legit, since he mentioned the info's spoiler potential and applied to it a verbal hashtag "Epic Fail."

- More shirtless Duke and/or Nathan! OK, this one's mostly a joke, but you're welcome to dream. Eric Balfour: "I actually get to help take his shirt off..."

- More Nathan in general. The writers say that Duke was their envelope to open in S2, and that Nathan's going to be the focus in season 3. Rejoice, pancake fans! 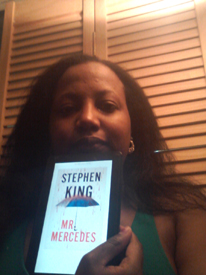