Turner Classic Movies is going to explore this in a new doc produced by DreamWorks Television and award-winning filmmaker and author Laurent Bouzereau, a man who has been involved in a number of featurettes for King-themed special edition DVD releases like Christine.

In October, TCM will premiere A Night at the Movies: The Horrors of Stephen King, with the master storyteller himself discussing the classic horror films that influenced him the most.

Premiering on Monday, October 3, at 8 p.m. (ET), Stephen King discusses how he discovered terror at the movies. The best-selling author and filmmaker takes viewers on a journey through many aspects of the horror genre, including vampires, zombies, demons and ghosts. He also examines the fundamental reasons behind moviegoers’ incessant craving for being frightened. Along the way, he discusses the movies that have had a real impact on his writing, including Freaks (1932), Cat People (1942), Invasion of the Body Snatchers (1956), Night of the Living Dead (1968), The Texas Chain Saw Massacre (1974), Jaws (1975), Halloween (1978) and The Changeling (1980), to name a few.

A Night at the Movies: The Horrors of Stephen King will kick off an entire month of classic horror on TCM, with each Monday night’s lineup packed with memorable chillers. The offerings include Universal classics like Frankenstein (1931) and The Wolf Man (1941), Val Lewton thrillers like Cat People (1942) and I Walked with a Zombie (1943), Hammer classics like Horror of Dracula (1958) and cult favorites from William Castle and Roger Corman, to name a few. 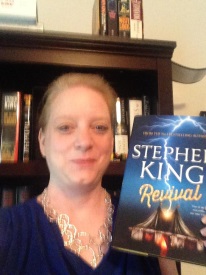