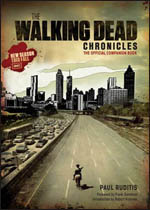 This one-of-a-kind behind-the-scenes guide focuses on both the making of Season 1 and the creation of the bestselling comic book which inspired it. The Walking Dead Chronicles is lav¬ishly illustrated with never-before-seen photos, storyboards, set designs, makeup and visual effects shots, and page-to-screen comparisons of the comic and TV series. Featuring new interviews with comic creator Robert Kirkman and executive producer Frank Darabont among others, the book also includes a detailed episode guide, excerpts from early drafts and final scripts, and a glimpse into Season 2 and beyond. Available for purchase Sat., Oct. 1, 2011. 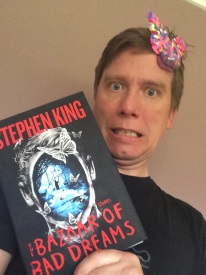