Several sources reports about Matt Greenberg is set to have a script ready for the remake of Pet Semetary soon:


According to Los Angeles Times, screenwriter Matt Greenberg (who also scripted the King adaptation 1408) "is set to turn in his script for a new version of the tale, according to a person briefed on the project who was not authorized to speak about it publicly. And executives at studio Paramount have put out the word to at least two representatives in the agent community that they are seeking a high-level director to tackle the material."

Thanks to Louis Sytsma.
Read all Pet Sematary news
To the news archive 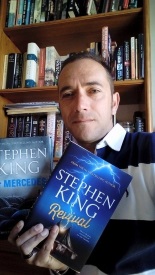