TV series based on Stephen King work headed for Lunenburg

LUNENBURG — The picturesque town of Lunenburg, N.S., is going to be the backdrop for a television series based on the work of horror-writer Stephen King.

Lunenburg will fill in for the fictitious Town of Haven, Maine where the inhabitants have no idea they are descendants of cursed ancestry.

Thirteen one-hour episodes are planned and the pilot for the series is pulling out all the stops for production in order to attract a large audience. 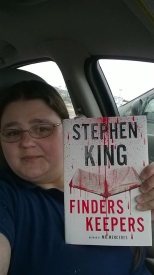