Stephen King on J.D. Salinger: 'The last of the great post-WWII American writers'
by Stephen King
Categories: In Memoriam, Stephen King
I wasn’t a huge Salinger fan, but I’m sorry to hear of his passing — the way you’d feel if you heard an eccentric, short-tempered, but often fascinating uncle had passed away. Not as great a loss as Beverly Jensen (her marvelous The Sisters from Hardscrabble Bay will be published this summer), who wrote only one book before dying of cancer at the age of 49, or of Raymond Carver, who was barely into his 50s; Salinger was, after all, in his 90s.

But it is a milestone of sorts, because Salinger was the last of the great post-WWII American writers, and in Holden Caulfield — maybe the greatest American-boy narrator since Huck Finn — he created an authentic Voice of the Age: funny, anxious, at odds with himself, and badly lost.

Salinger’s death may answer one question that has intrigued readers, writers, and critics for nearly half a century — what literary trove of unpublished work may he have left behind? Much? Some? Or none? Salinger is gone, but if we’re lucky, he may have more to say, even so. 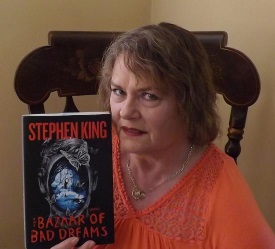