Peter Straub mentioned The Talisman in a recent interview:


Are you ever going to do a third Talisman book with Stephen King?

I believe so. Steve and I agreed years back that we would do a third one, and that would be it, because Black House virtually sets up, and all but promises a follow-up. And then we would have a three-volume fantasy novel. That's perfect. That's probably what it wanted to be from the beginning. 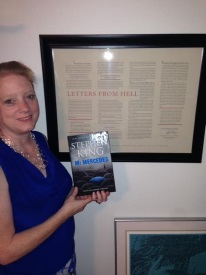