Here is the cover for the 2nd printing of the first issue of Captain Trips. 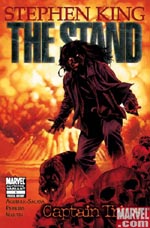 The first chapter of Stephen King’s acclaimed horror epic, The Stand: Captain Trips, debuted this month in graphic fiction form and was an instant hit with fans. After a quick sell out at Diamond, Marvel is pleased to announce that they will be going back to the press with The Stand: Captain Trips #1 (of 5) Second Printing Variant! The Stand, which is commonly deemed as King's most popular novel, is a story of Biblical proportions; after a virus produced by the government spreads across the country, destroying the human race, the few survivors left alive must band together and make their final stand! Written by acclaimed scribe Roberto Aguirre-Sacasa (Secret Invasion: Fantastic Four) and featuring the visually stunning interiors of Eisner-nominated artist, Mike Perkins (Captain America, House of M: Avengers), comes the beginning of the end of the world! Plus, check out the all new variant cover featuring the mind-blowing art of Mike Perkins! 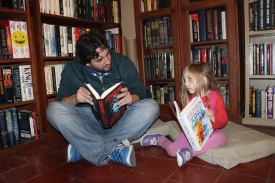