Looks like a new Children of the Corn is on it’s way. This news is from Bloody Disgusting:


We broke the news back in June that Producer Donald P. Borchers would be writing and directing his own remake of Children of the Corn for the Sci-Fi Channel and Anchor Bay Entertainment, only that's just the beginning. We learned today that Dimension Films still owns the rights to the Stephen King story and has every intention of adapting it once again for the big screen! No word yet on who will tackle the project, but this could be cool if they do it right. More news as it comes in.

Thanks to everyone who sent me this news.
Read all Children of the Corn news
To the news archive 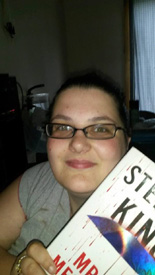