Dolan's Cadillac is filming in LA


It's taken more than a decade to get its motor running, but "Dolan's Cadillac" has finally hit the streets of Las Vegas.

The big-screen Stephen King adaptation -- about a teacher (Wes Bentley) obsessed with avenging his wife's murder at the hands of the title mobster (Christian Slater) -- is scheduled to wrap a three-day shoot Tuesday at locations ranging from the Strip to the Fremont Street Experience to the desert.

The tale (featured in King's 1993 "Nightmares and Dreamscapes") takes place in Las Vegas, but most of the shoot took place far north of Glitter City, in the Canadian province of Saskatchewan. 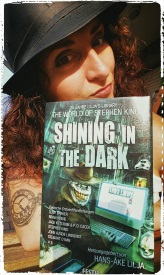