Bag of Bones in northern Michigan

Location news about Bag of Bones:


Stephen King: Filming soon at a northern Michigan location near you

Just a month after Gov. Jennifer Granholm signed the new film incentive law aimed at luring Hollywood to Michigan, a movie production company is scouting locations here for the next Stephen King movie.

Rick Hert, executive director of the West Michigan Tourist Association, confirmed Tuesday that he is assisting the State Film Office in finding a remote “time kissed” cabin on a lake, surrounded by tall trees, for King’s characteristic mayhem to be filmed. Hert put the word out to area realtors and the Leelanau Chamber of Commerce and was deluged with replies.

“We had just an outpouring of location offers,” Hert said. “I sent four locations that we think are strong, one that is very strong, back to the State Film Office and now we’re just waiting to hear back from the production company.”

Todd Stachnik said he submitted his family's Leelanau County cottage as a possible location because, “it would bring great publicity to the place and would help our community at large,” but hasn’t heard back.

The production does still have a hush-hush quality about it. When asked whether or not the leading location was in Grand Traverse, Leelanau, or Benzie County, Hert would only say, “Perhaps.”

Hert would say that the King work that was being made into a movie is his 1998 novel, “Bag of Bones.” The plot centers around a novelist with writer’s block who moves into his summer house, oddly named “Sara Laughs,” and is besieged by ghosts.

Gov. Granholm signed the film incentive package, which her office says is the most “aggressive” in the nation, into law April 7. Specifically, the new law provides a 40-percent refundable or transferable tax credit for producing films in Michigan, with an added 2 percent rebate for films produced in core communities.

The new law also provides a 25 percent tax credit for film and digital media infrastructure investments for such activities as building studios or purchasing equipment. 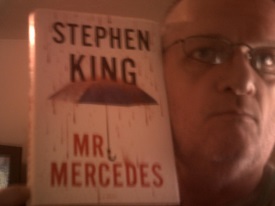