This was sent out to King's official news letter today:


I don’t often get involved in politics, but I believe there is a great deal at stake in this year’s election. It is my pleasure to announce two very special events in Bangor, Maine on June 7th to benefit my friend Congressman Tom Allen’s campaign for the U.S. Senate.

Authors Tess Gerritsen, John Grisham, and I will be attending a special cocktail reception at the Bangor Civic Center. Immediately following that, we will be reading our favorite passages of some of the stories we have written – in front of what we’re sure will be a great audience at the Bangor Auditorium. I hope you can join us for these special events.

You can buy tickets to both events - or just one - by clicking here.

And all the proceeds will certainly go to a good cause. Tess, John, and I believe that we need change in America. What has happened to our country in the last eight years is downright scary - and believe me, I know scary.

In 2002, Tom Allen courageously stood up to the President and to members of his own party by voting against the Iraq War. He supports opportunity for the middle class, energy independence, and affordable health care. Electing Tom Allen to the U.S. Senate is an important step towards change for our country, and we are proud to support him.

I hope you’ll join us on June 7th. Click here to purchase tickets now. We look forward to seeing you there!

This was also added:

Proceeds from this event will benefit Tom Allen for Senate. Funds from corporations, labor unions, national banks, federal contractors, or foreign nationals may not be accepted. Contributions are limited by law to $2,300 per election, per individual. An individual may give up to $2,300 for the primary election (before June 10, 2008) and up to $2,300 for the general election. Federal law requires political campaigns to use their best efforts to obtain and report the name, mailing address, occupation, and name of employer for each individual whose contributions aggregate in excess of $200 in an election cycle.

Ticket purchasers must confirm that:

Paid for by Tom Allen for Senate 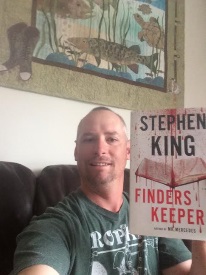