King on the radion on Wednesday

King will appear live on NPR's esteemed program Talk of The Nation this Wednesday:

Legendary author Stephen King will give a live interview to discuss the state of comics tied to the release of Marvel Comics’ Dark Tower: The Long Road Home, the second story arc in his ground-breaking epic series Dark Tower on NPR’s esteemed program Talk of The Nation this Wednesday, March 12th from 2:30-3:00 PM EST.

“Marvel Publishing is grateful to Stephen for taking the time out of his busy schedule to talk about The Dark Tower comic series and comic books as a whole,” says Ruwan Jayatilleke, Marvel Entertainment Vice President of Development. “We’re excited that this will offer a chance to introduce this phenomenal epic---and medium of entertainment--- to NPR’s listeners as well as reward loyal Dark Tower fans with some highly entertaining radio!”

Exploring a chapter in Roland's life that is only hinted at in the novels, Dark Tower: The Long Road Home is the must-have that no comic book or Dark Tower fan can miss, and no fan of comics can afford to miss King’s live interview on NPR! 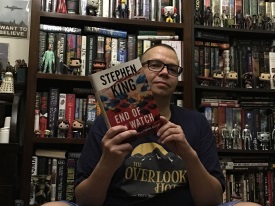