A new story in McSweeney's

Yet another short story...


McSweeney's 27 comes to you as three separate books in a windowed slipcase, presenting six different possible faces to the world, in order to best match your home décor. Book One plunges into the grayish, faintly understood area of the art world involving oddly drawn objects coupled with uncertainly spelled text. Book Two is a never-before-seen 72-page sketchbook by the legendary Art Spiegelman. Book Three collects new stories by Stephen King, Jim Shepard, and fiveish others.

The issue will probably be out during the first half of 2008.

Thanks to Ari and Bev Vincent
To the news archive 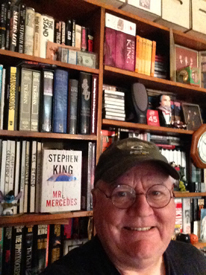