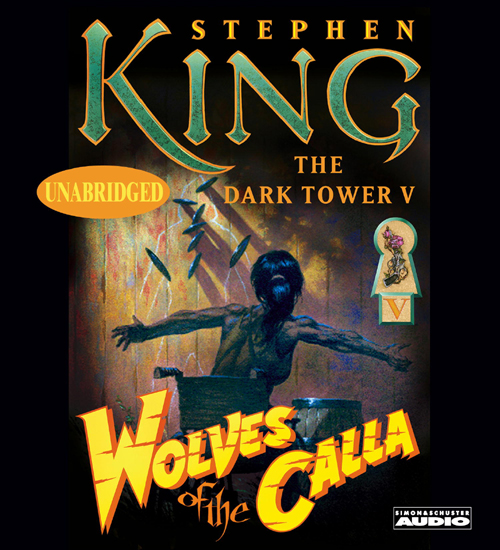 I have just finished listening to the audio edition of Wolves of the Calla. It's a really long book. It's on 22 CD's and the running time is 26 hours. In other words, make sure you stock up on batteries for your Walkman before you start listening to it!

I think George Guidall do a great job reading Wolves of the Calla. There has been some critic of his reading on the Internet and he has often been compared to Frank Muller who is considered to be the King audio book narrator. I must say that I don't really think that is fair, neither to Frank nor to George because they really have two different styles when they narrate a book. They are both really good narrators in there own ways and can't really be compared.

As I said in the review of the book version, Wolves of the Calla it's one of the best parts in The Dark Tower series so far so the book is pure joy listening to. It's rather interesting (and totally logical) to heat that read has been changed to listen in the audio edition. Like when (in the forward) King (or in this case George) say that if you haven't listen to the fist parts you should do that first. In the book edition it's if you haven't read the first parts. As I said, it's totally logical but I never noticed it before now.

King himself reads the afterword to the book and as far as I understand that isn't how it's usually done. In my experience it's the narrator that reads the entire book, including foreword and/or afterword. Having it read by King himself is an extra treat. I have said it before, and I know that not everyone agrees with me, that King has a voice that works really well on tape.

Some years ago I hadn't listen to that many audio books but now I almost always both read the book and listen to the audio version. I find it really nice to have someone tell me a story and I'm getting really hocked on audio books. So, if you're that familiar with audio books, give it a chance. You might find yourself hocked like I did. And for once it's not a bad thing to be hocked on something… And if you're going to try it you might as well start with Wolves of the Calla. It will be hard for you to find a better book to start with that's for sure!
If you want to comment or discuss this review, please mail me.
Add or read comments 0 Comments
Close comments 0 Comments 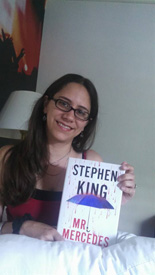