Episode 9 of Castle Rock is probably the strangest one so far. In it everything seems to be turned upside down. We get to follow Bill Skarsgårds character and at first we dont understand whats happening. He is out running in a big town, not Castle Rock though, and I wondered whats going on. Is it a look into the past or maybe the future? One thing is clear. He is a doctor who specialize in Alzheimers patients and he is a really good one. But then he gets a call from Alan Pangborn who tells him that his mother Ruth is in trouble. Hmm, strange. We then see Bills character who we now know is Henry Deaver (sounds familiar?) arriving in Castle Rock to go to his mothers house. Only its not his mothers any more. Shes off living in another town with Alan and the house now belongs to Henrys father. As Henry goes into the cellar to replace the fuse he finds a cage with a young Henry Deaver (this is the young Henry we know from previous episodes) locked in it. Hmm, even stranger.

In the episode we also see Molly who is now a politician. She still knows Henry (the Bill version) from when they were kids and tries to help him with the kid claiming to be Henry. But when she touches him she sees the reality we are familiar with from earlier episodes and she is convinced that they have to help the kid get to the woods. Once in the woods Molly puts a hand on his shoulder and they are both transported into a new world with new people. The cop that chases them into the woods, who just happens to be the same one that goes on a killing spree in an earlier episode, shoots Molly tying this event with the fact that The Kid told her he was with her in the woods when she died. 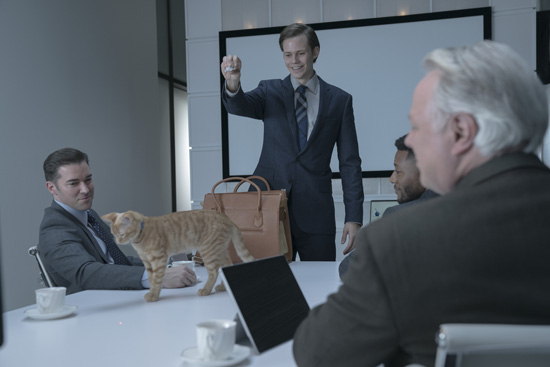 This is a really good episode and it makes you think. Is this happening and if so, what does it mean? I think one of the two Henry Deavers are the Devil but I still dont know which of them it is. Im leaning toward it being the Bill Skarsgårds version of Henry thats the Devil and all thats happening in this episode is his way of getting everyone confused. Its now one episode left and I sure hope they can get it all together in it. I dont want any loose ends! 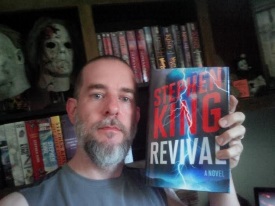