The Mist Episode 8 – The Law of Nature

With episode 8 The Mist is starting to get interesting again. I’m very happy to say that I actually got a bit invested in this episode. Not so much by the things that happens at the mall, they are pretty much the same with the exception that Gus kills the mother of the girl who was murdered by the mist and blames Alex. Other than that it’s pretty much the same.

But at the church Natalie is going all psycho and demands that Connor kill his son Jay for raping Alex. And he agrees. That is a bit strange but I’ll take it. Natalie then demands that they all leave for the mall and when some of them refuse she burns them alive. Yeah, way to go Natalie, show them who’s the boss.

The other group, Kevin, Bryan (who isn’t Bryan), Mia and Adrian, is on the move. They are heading for the mall but when they pass Adrian’s street he asks them to stop by his home so he can check on his parents. While doing that he finds his mother dead, shoots his father, confesses to Kevin that he set Jay up to look like he raped Alex and then knocks Kevin out cold and lets the mist have him. Now, I don’t think Kevin dies but I really like how Adrian goes all crazy and I can’t wait to see what he’ll do when he gets to the mall, acts like he’s all supportive of Alex (what he’ll do to Jay once he finds out that he and Alex are on good terms again, I can only guess) and then when Kevin arrives and reveals his true self… Adrian will go bananas. He has gone from one of my least favorite characters to one of my favorite. Oh, and Mia and Bryan (who isn’t Bryan) have sex in Adrian’s parents car while Adrian is in the house. A total cliché and unnecessary scene…

So, with this episode The Mist bounces back a bit from its down part and I really hope it will keep this up for the last two episodes. Then it could be interesting again. BUT…they will need to fix the mist. We need to have monsters and we need to know more than that it’s just Mother Nature reacting to one high school kid raping another. That isn’t believable. 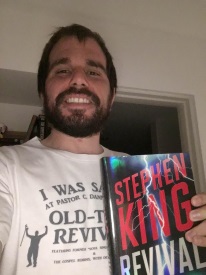