The Good, The Bad & The Ugly

The Good, The Bad, And The Ugly: Secondary Characters In The Dark Tower Series by Bev Vincent is a signed Limited Edition chapbook featuring material that does NOT appear in Bev Vincent's book, The Road to The Dark Tower (read my review of that one here). It’s only done in 500 copies and you could only get it when you bought books from Cemetery Dance. My guess is that it’s now sold out…

In it we get eight chapters that was cut from The Road to The Dark Tower when it was released. In the eight chapters we get to know more about 5 good, 2 bad and 1 ugly guy. The good once are Calvin Tower (Toren), Aaron Deepnau, JohnCullum, Irene Tassenbaum and Ted (Theodore) Stevens Brautigan, the bad once are Enrico Balazar and Jack Mort and last but not least, the ugly; Jack Andolini.

The book is pretty simple for a limited, it’s more like a folder then a book actually but it doesn’t matter that much. It’s actually rather fitting, it feels like the right way to publish this book.

Lilja's final words about The Good, The Bad & The Ugly

Everyone that enjoyed Bev’s book The Road to The Dark Tower and King’s Dark Tower saga will enjoy this one as well…if they can get it that is. 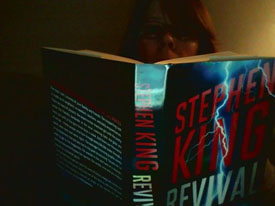