The Wind Through The Keyhole 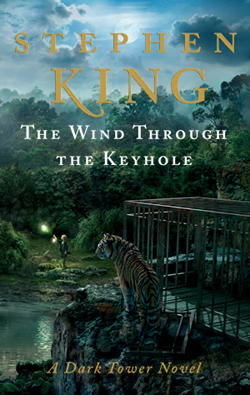 Who would have thought that when King finished the seventh book about Roland and The Dark Tower that there would ever be an eighth book? Well, not me. I thought that there might be a short story or two but nothing more than that. But now, 8 years after the last Dark Tower book we can enjoy a new one called The Wind Through the Keyhole. Those of you that have read all the previous seven books might wonder how King possible can continue from that point, right? Well he hasn’t. The Wind Through the Keyhole takes place between book four and five and you actually don’t even have to have read the previous seven book to be able to enjoy it.

In fact, it would be possible to go as far as saying that The Wind Through the Keyhole really doesn’t have that much effect on the Dark Tower saga at all. It’s an in-between story in which Roland tells Eddie, Susannah and Jake a story about his youth and in that story the young Roland tells another story to a young fellow in trouble. So, what we got is a story, told by a young Roland in a story told by our Roland. Confusing? Don’t worry you’ll understand once you read it.

So, we got our Roland telling the story of how he, as a young man, traveled to Debaria to take care of a shape-shifting “skin-man” who’s killing a lot of people. While there he ends up telling a boy whose father has just been killed another story, the story about The Wind Through the Keyhole and that is the main part of the book. In The Wind Through the Keyhole we get to hear the story of Tim who is 11 years old and lives on the edge of the Endless Forest. Tim’s father is killed and when his mother remarry only to be beaten within inches of her death and left for blind he has to travel far to get what she needs to get her sight back. 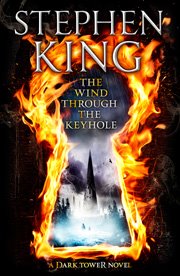 The story is a true Dark Tower story and even though it’s mainly new characters we really feel like we have come home again. Tim is an interesting young boy and has the adventure of a lifetime, both for good and bad, and I wouldn’t be surprised if we’ll get to see more of him. As usually King is a master of storytelling and tells the story in a masterful way. Giving us great characters, fantastic environments and a story that’s really good. Do I wish The Wind Through the Keyhole would have been more about Roland, Eddie, Susannah and Jake? I do but then on the other hand I don’t want to have missed the story we get here either... Hopefully King enjoyed returning to The Dark Tower world that he’ll do it again and tells us more about Roland, Eddie, Susanna and Jake in the future.

If you choose to get the audio edition of The Wind Through the Keyhole, which I definitely think you should, you get it narrated by King himself and who could possibly do it better than him? It really gives the story a new dimension and you pick up on things you might miss when you read the book yourself. And, don’t forget that with the audio edition you get an extra disk with over 30 from the upcoming Doctor Sleep. 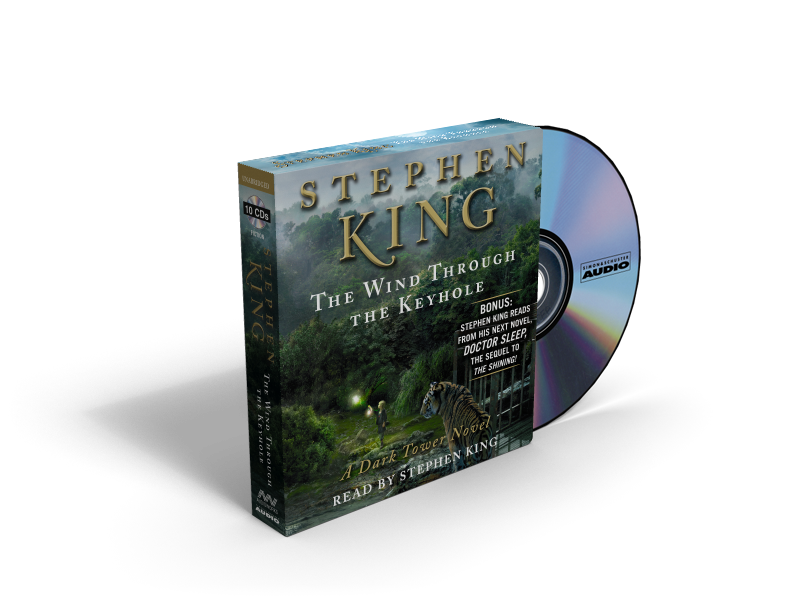 Lilja's final words about The Wind Through The Keyhole

Well, what can I say? The Dark Tower is one of my favorite King story and to get a new book like this is really a treat that you need to get your hands on. And with that I mean you should go out and get your copy as soon as you can. And remember; give the audio edition a chance I don’t think you will regret it.
Add or read comments 0 Comments
Close comments 0 Comments 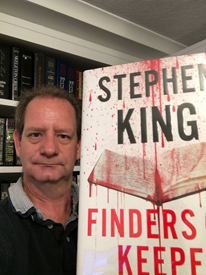