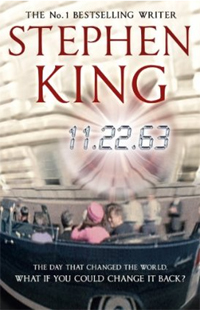 The question posed to Jake Epping in 11/22/63 is the same as Johnny gets in The Dead Zone. If you could go back in time to change history, would you do it? In Johnny’s case it would be to kill Hitler and in Jake’s it would be to save John F. Kennedy’s life.

When Jake’s friend Al show him a portal to the past, two minutes before noon, on a day in September 1958 to be more exact, Jake has a very hard time to accept what Al is telling him. But eventually the evidence proves him right. Each time Jake or anyone else passes through the portal or rabbit hole as Jake calls it, the past is reset. In other words, if Jake goes back to 1958, changes things go back to 2011 and then back to 1958 again the things he changed will be undone.

So, when Al suggests that he should go back, live in the past for four years, in order to save the life of John F. Kennedy it sounds like a good idea to Jake. And if worst thing happens he can always go back and reset his changes. But nothing is what it looks like. What Jake hasn’t thought of is that he has to live in the past for four years and when you do that, things happen. He makes friends, he meets a woman, Sadie, and he falls in love. All this while he has a mission he can’t talk to anyone about.

11/22/63 hooked me from the first page and didn't let me go until I'd finished it. The characters are believable and the idea of a novel centered around an event that happened in real life is very interesting. King's alternate history is so credible that it feels as if all the events actually happened (which many have). I can't imagine how much research it must have taken to get it as accurate as it is. 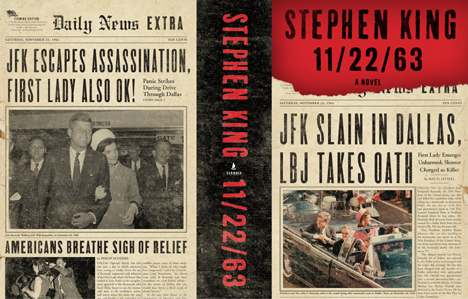 I like 11/22/63 a lot. Before I read it I was worried about two things. One was the fact that it dealt with true events and because of that it wouldn't be as good as when King lets his imagination run free. I was totally wrong here. The other thing was that since it's a book about a man traveling in time King would use a lot of references to 1950’s and 1960's America that I as a non American wouldn't be able to relate to. And again I was wrong. 11/22/63 works very well and it will probably be yet another bestseller by King.

I like 11/22/63 and even though it has to sink in a bit before you can compare it to the earlier books it feels like it’s a book that will be in the top 10 of King’s books even when some years has passed. But that is for the future to show us… 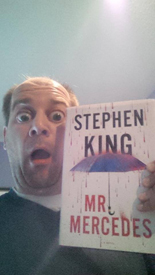