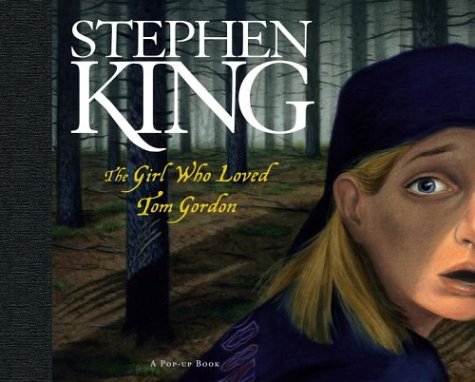 I have just finished the popup edition of The Girl Who Loved Tom Gordon and all I can say is WOW. This is probably one of the coolest King books that has ever been made. It's an oversized hardback with 16 wonderful pages. 16 pages that you can pull up, pull out, fold in, fold out and so on and so on. This book will keep you busy for a long time, and then you still have the story itself left to read…

The story is still there even though it's been shortened. Peter Abrahams has adapted it to fit better in this format. It's still a good story though and the important things are all still there.

Alan Dingman has done the illustrations, which are really, really well done. They are somewhat dark though so I can imagine that some may be a bit scary to children. That brings me to the only problem I have with this book. I can't decide whom it's for. It's labeled as a children's book (from 8 years) but I'm not sure an 8 year old would understand and appreciate it. I will however state that my children aren't 8 yet so it's just me guessing... To me it's more an adult book then a children's book though.

Anyhow, no matter who the book is for it's, as I said, one of the coolest King books out there and a must in every King collection. My guess is that in the end there will be more grownups that buy it for themselves then for their children. If you buy this for your child, please let me know what they though about it, it would be interesting to hear.

There will also be a limited of this popup. The difference between the two editions is not as big as you may think. The limited edition has the exact same interior as the regular edition (same number of pages, etc.). The binding is different though -- it has a full cloth cover with an extra pop-up that is not in the trade edition; this extra pop is embedded into the front cover.

The popup is also signed by Stephen King and numbered and there are only 125 copies of it. The biggest difference though is the price. The trade cost just below $20 and the limited will cost you $1,000 to own. You decide if that's reasonable.

As I said, this is the coolest King book that I can think of (and it's not even expensive if you go for the trade ed.) and to be a King fan and not get it should be considered a crime if you ask me! 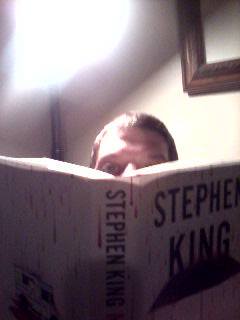