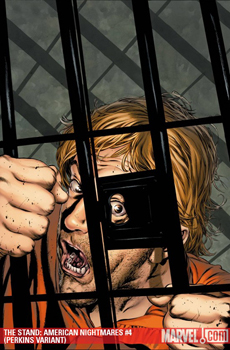 The story moves on and in this issue we get to see Lloyd Henreid’s continued struggle to get out of jail, Stu and Glen’s getting to know each other and Fran and Harold’s preparations to leave their homes. As usual the illustrations looks very good and I especially like that they have been able to captured all the small details on how people are dying all around our characters either from the flu or from reasons that is related to the flue. We get a few of those in the beginning of this issue and I really like that.

The story itself don’t move forward that much in this issue but we get to hear about the bad dreams people are starting to have, we get to see how Lloyd turns out to be Flagg’s right-hand-man and we get to see Harold and Fran’s relationship evolve. So there are actually a lot happening even though the story itself isn’t moving that much forward...

Personally it’s the details and the fact that the story is given the time it needs to develop that I really like about this story. It makes it so much more true to the book by doing so. And as usual the drawing and coloring are priceless.

In the bonus material it’s Laura Martin’s turn to talk about her job with the comic. Several of the pages in this issue are talked about and Laura tells us how she did when she colored them and why she did what she did. We also get a very small preview of the next issue. 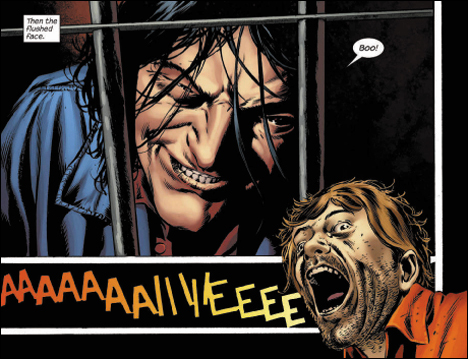 As usual the issue is very good, follows the book and is beautiful to look at. The team behind it should be proud of themselves and for what they have accomplished. 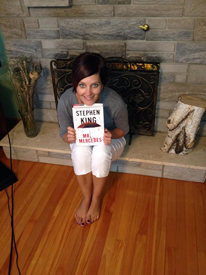