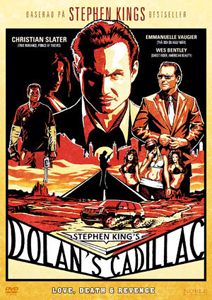 Dolan’s Cadillac has had its world premier today. The premier took place in Sweden and in the form of a DVD and Blu-ray release. I did off course check it out and I must admit I’m torn. On one hand they have actually managed to keep the tone and feeling from King’s story to a certain degree. The part where Dolan is trapped in the Cadillac great. On the other hand they ‘we failed when they casted Wes Bentley as Robinson. Don’t get me wrong. I like Bentley but here he suffers from the same thing Jack Nicholson does in The Shining. Right from the start he looks very angry and for the second part of the movie that works rather well because he is obsessed with revenge but in the first part where he and Elizabeth is supposed to be in love and happy it don’t.

The other thing they fail to bring in from the written story is time. The movie is far too short and we really don’t get the time we need to get to know the characters. Because of this we don’t really feel sympathy for Elizabeth and Robinson when they get threatened by Dolan. Time is also important when it comes to the time leading up to Robinson’s revenge. In the story it takes several years (seven if I’m not mistaken) but here you get the impressing that it’s only a summer or something like that. You don’t really get to feel Robinson’s frustration when he can’t find a way to get to Doland and not his joy when he finally does.

Most of you probably know the story about how Robinson plans his revenge on Dolan after he’s killed Robinson‘s wife Elizabeth. How he follows Dolan around until the time is right, until the time for revenge is here. In the movie we get to see a lot more of Elizabeth then we do in the original story where we only get to know her by what Robinson tells us. This is a very smart way to expand the story into the movie. It gives us the background we need to understand why Dolan kills her and why Robinson revenges her.

Dolan’s Cadillac is definitely well worth watching. It’s a good story and Richard Dooling has managed to capture it well on the manuscript pages and if you can see beyond its minor mistakes it works pretty well. Not the best Stephen King adaptation but also far from the worst.

There is rumors that the Blu-ray edition might be 20 minutes longer then the DVD edition and I don’t know if that is true or not but either way the movie would definitely benefit from 20-30 additional minutes. It would, if used right, allow the movie to tell what it has to tell but also give us more sympathy for the character. 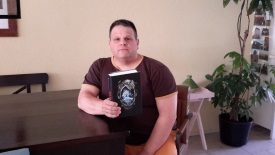