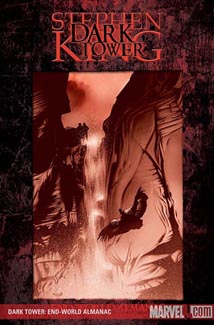 Dark Tower: End-World Almanac is like a dictionary of things, places and creatures found in The Dark Tower reality. I say creatures because not all of them pass as humans…

This dictionary is very similar to The Gunslinger Guidebook that was released when the last issue of Gunslinger Born were released. It also has a lot in common with Robin Furth’s The Dark Tower Concordance and not only the fact that they are written by the same author.

A difference between Dark Tower: End-World Almanac and The Gunslinger Guidebook though is that this one is more general compared to where the other were more strongly connected to the Gunslinger Born series.

In Dark Tower: End-World Almanac we get to learn more about things like Billy-Bumblers (many of you probably know Oy, right?), Can-Toi (also known as Low Men), The Manni, Fedic and off course The Dark Tower.

As with The Gunslinger Guidebook, Dark Tower: End-World Almanac, is mostly for the hard core fans but I think that readers who have enjoyed The Long Road Home will enjoy a little background and facts about stuff they have heard about or will hear about in upcoming issues.

The Dark Tower: End-World Almanac is written by Robin Furth and Anthony Flamini and they have done a very good job writing it as well as researching it. It’s also brilliantly illustrated by David Yardin and colorist Val Staples. The interesting thing about the illustrations we get here is that compared to the regular issues the once in Dark Tower: End-World Almanac looks almost like paintings. 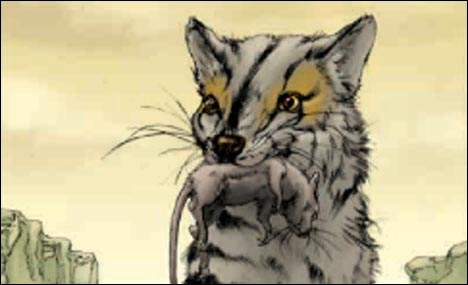 This is a very good compliment to the series even though some of its contents will be familiar to you from the history lessons in the regular issues of The Long Road Home. 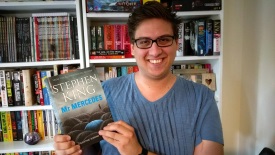